Greetings Rivals fans. Today is September first, and that means Summer is almost over. Almost being the key word. Earlier this year we released details about 2 new features coming to Rivals, our workshop character pack expansion and rollback netcode, with netcode planned to go into open beta at the end of this Summer.

Since we’ve been fairly quiet about these big development tasks as we kept our noses to the grindstone, we figured it’s about time we shared a progress update for everyone looking forward to these updates. 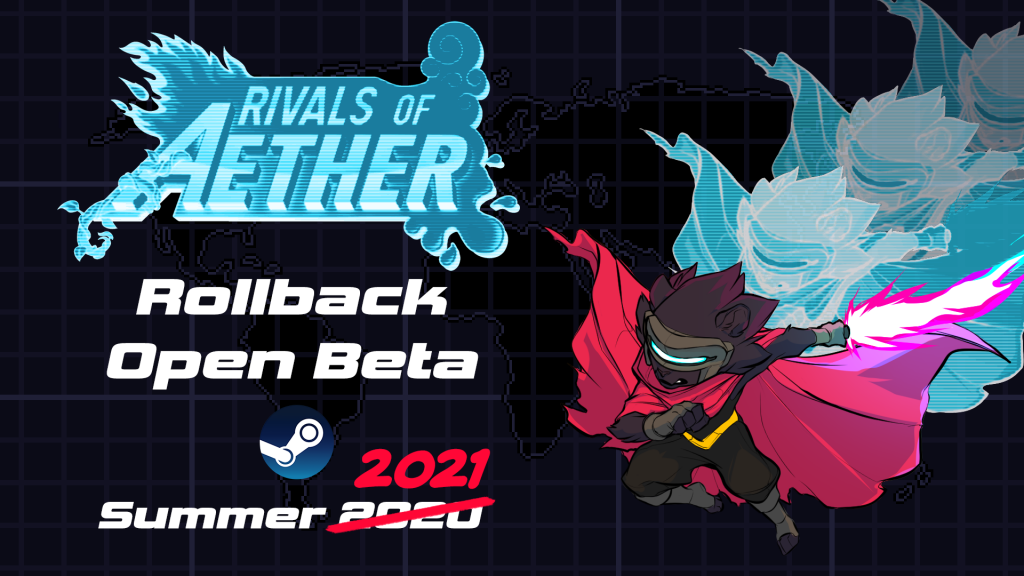 Similar to Clairen’s problems, our rollback issues would best be solved via time travel.

Recently we teased a few details about rollback progress on twitter. Implementing rollback netcode has been a challenge as Rivals was originally built in a very “rollback-unfriendly” way. We’re getting closer to our announced goal of an open beta by the end of Summer, and that’s still our plan to get it to players soon. Our todo list has narrowed itself down to just a few desync-causing issues and then hopefully we’ll be up on Steam.

This open beta will be similar to the original workshop beta with a separate branch of the game existing on Steam that you can access via the ‘betas’ tab. This will exist alongside the live branch of the game. Since the goal was always only to enter beta by the end of this summer, we can’t say for sure when rollback will be added as a full feature into the live game. We expect ironing out desyncs and tweaking values once it’s in the hands of a large amount of players will take us into early next year.

This means you won’t be seeing rollback yet in online RCS events because of the high likelihood of instability. We promise as soon as it’s ready that we’re as excited as you are to switch to rollback for official events. Of course, this doesn’t stop you from hosting your own events on the rollback beta when it releases. Just be sure to report any issues to us so we can get things ironed out for the full release.

We know players are also eagerly awaiting the release of our Workshop Character Pack expansion. This free update for both Steam and Nintendo Switch will bring 4 new characters from Workshop into the official cast as full Rivals. Progress is currently going well on everything from balance and animations to new music.

Now that we’re further into development we’re able to update our original wide release range to a more accurate date. We currently plan to release the Workshop Character Pack in February 2022, shortly after the Season 6 RCS finals.

This timeline takes into account the extra time rollback has taken (including the dev time for getting these new characters working in rollback), and the timing of our competitive season. This allows a full Rivals Championship Series season with the current roster and avoids a strange upheaval at the end with the addition of new characters. The return to offline events will also give everyone a reckoning with how the meta has developed during season 5 as we saw character popularity change and new faces make the finals.

To give you a taste of what’s coming, here’s a preview of 2 of the stages coming with the Workshop Pack! If you can’t wait a few more months to get your hands on these, come find us at PAX this weekend in Seattle and try them yourself. 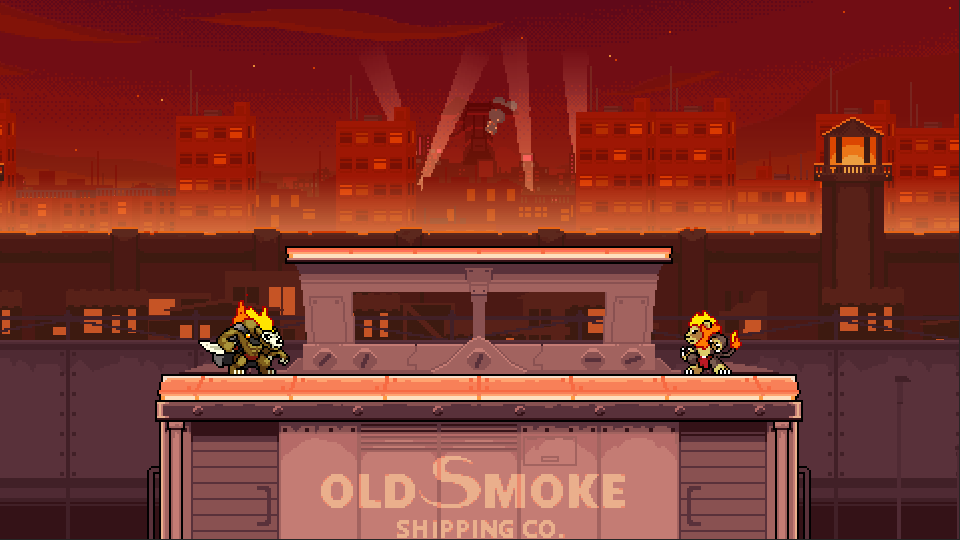 Mollo’s stage is on top of a shipping train that patrols the edges of the future Flame Imperium. In the distance you can see the sprawling influence of flame and even the Neo Capital itself. 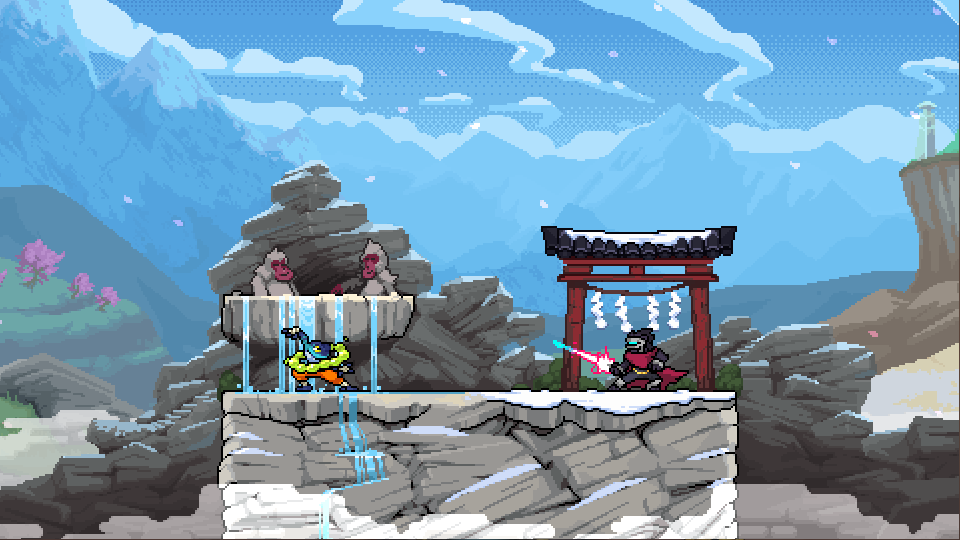 Hodan’s stage is up in the mountains to the east of the Firelands. Up in these mountains, he has trained many pupils and has brought back an ancient Aetherian philosophy known as Elementalism.

Let us know what you think of the new stage skin reveals below! Be sure to keep an eye out for more news on accessing the rollback netcode open beta coming soon.

love the monkeys in the bath, they’re just hangin out

cant wait for rollback beta. You guys worked so hard on this, we will be able to finally get netplay as good as it gets.

now this is some heckin poggers.

will rollback desyncs be more likely over wifi?

Neo Blazing Rail is beyond sick. Especially the background. I love the attention to detail, knowing full well that’s happening what with the Capital burning from an explosion and the flood lights going crazy, it really add an extra layer of a climactic feel to the stage.

Also cant express how appreciative I (and I dont think it’s a stretch to say the community as a whole as well) am with the constant updates to rollback as well. Really feels like we are in the loop, most dev teams I feel dont take as much care to keep the community involved as yall. So thank you. Looking forward to the open rollback beta soon!

This is awesome to see! The new stages look super exciting. Although I’m sad we have to wait for longer, it definitely gives me something to look forward to for next year as a Switch Rivals player!

The new stages are really cool! However, that does leave me to wonder about something. If I recall correctly, neither hodan nor mollo have their own workshop stage, but pomme and olympia do. I wonder how much of their stages’ previous designs are going to influence their base cast editions.

Will we ever get a music demo of the new stages soon?

Yooo this looks sick! Can’t wait for the release of both, and very glad to get an update on it. Keep up the great work!

Thanks for the hard work! I can’t wait! I’m in love with the new levels art. Keep the good work team!

Im waiting on this game to have rollback on switch, i think it will blow up!

Today we’re bringing something new to Creatures of Aether with our biggest addition since launch. Introducing Dungeoneers – ..

2
Elliana Plush Blasts Her Way Into the Symbiote Shop