It’s that time of year! The snow is melting. The sun is staying out longer. And the Rivals of Aether team is preparing for another over-the-top and waste-of-developer-resources April Fools day event.

If you have been following our development, you may have realized that April 1st has slowly become the Rivals of Aether update day. What started as joke blog posts a few years ago grew into our first Rivals Direct in 2018, then the release of an entirely free dating sim game called Lovers of Aether in 2019, then Rivals Direct 2 in 2020. Now we’re back for 2021 and we have to go even bigger and even better because I don’t value my sanity.

We are going above and beyond for Rivals Direct 3. This year we are getting the most important character involved – you! We’re inviting fans to influence the Direct itself while we announce new updates in the Rivals of Aether universe. That’s right, we are doing a Twitch Plays version of the Rivals Direct. For those unfamiliar with the genre of Twitch Plays, fans will be able to use the Twitch chat to cast their vote and influence what content we show off. As far as I’m aware, this is the first time a developer has ever done something like this for a live reveal. And that makes sense because we are extremely stupid when it comes to generating ideas for April 1st. You can only imagine the work and organization required to pull this off. Hopefully, we can do it, right? 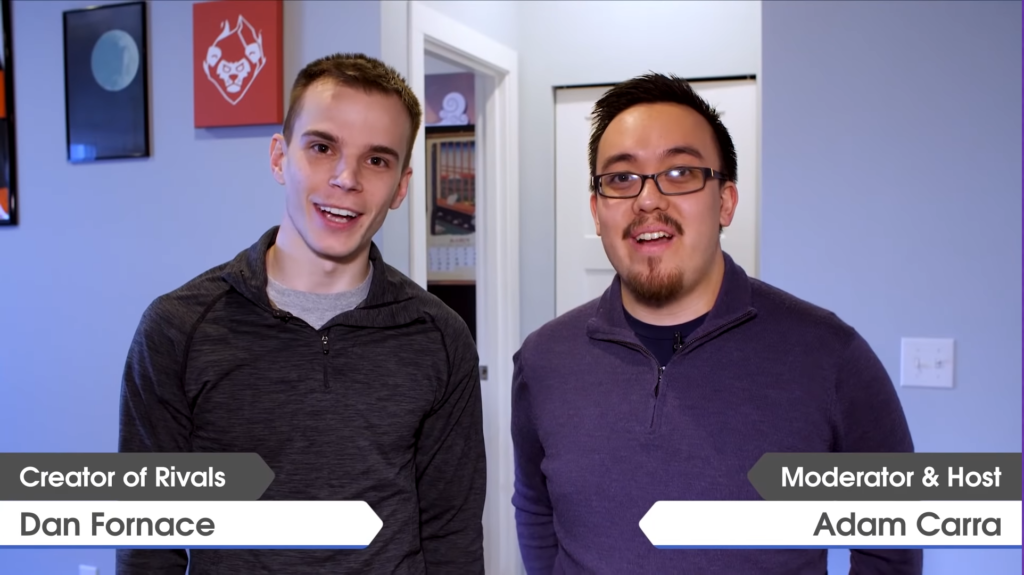 Now, I know what you’re all asking. Will your favorite youtuber, Adam Carra, be returning for his third Rivals Direct? And to that, I can give you an emphatic “I guess you’ll have to watch it.”

The direct will premiere at 10 AM PT on April 1st on Twitch. You’ll want to mark your calendar so you can influence the event with all the fans. The video of the direct will be posted on YouTube after the event.

If you would like to make an article about our Direct check out our press resources for this special event here: Direct 3 Presskit.